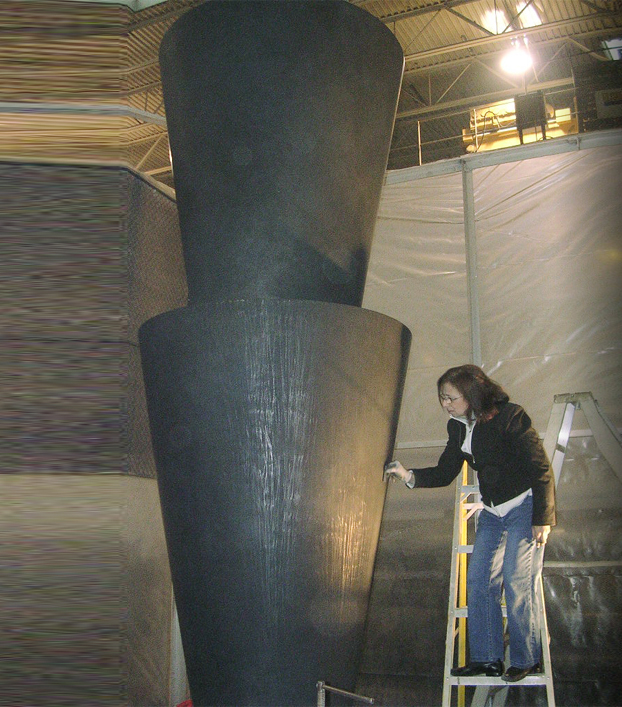 Barbara Neijna is an artist who has created large-scale monumental sculpture, site-specific installations, landscape design, lighting, furniture, books, functional objects and photography that communicate issues concerning survival and the environment, beginnings, and endings. Her vision for art, both concrete and conceptual, is the interaction and involvement of her artwork with people and their surroundings. Her work celebrates the experience of being part of a larger community and her aesthetic intent visually establishes a renewed balance between the urban environment and nature. The primal essence of Neijna’s work relates to origins in natures, repetition, and beginnings.

Neijna’s art can be seen in public and private museum collections, gallery exhibitions and installations. In addition to sculpture and drawing, Neijna is a photographer using large format film cameras and digital equipment. The photographic images she creates are not only experienced in gallery exhibitions, but are also integrated into the structure of monumental projects. She has had numerous solo and group exhibitions in the United States and Europe and has been commissioned to create more than 50 major public works of art during her prolific career. Some of these commissions include the General Services Administration – Strom Thurmond Federal Building in Columbia, South Carolina; the Redevelopment Authority for the City of Philadelphia, Pennsylvania; the Broward County Judicial Complex for the City of Fort Lauderdale, Florida; the Marta Garnet Light Rail System in Atlanta, Georgia; numerous University and Corporate commissions and recently, a site specific work of art for Bal Harbour, Miami, Florida. In 2008, Neijna completed what has been considered the largest public work of art in modern time. She had the unique opportunity for an artist to create a massive work of art for Miami International Airport that integrates art with the architecture, addressing walls, floors, and curtain glass. The art contribution collectively reads as the essence of the space, giving the public an opportunity to experience a South Florida environment that is uniquely different from all other environments. Neijna has exhibited at the Miami Art Museum, Miami, Florida; the Museum of Art, Fort Lauderdale, Florida Art Museum, Deland, Florida, Ambrosino Gallery, Miami, Florida; Fredric Snitzer Gallery, Miami, Florida; Musee du Pantheon National Hatien, Port au Prince, Haiti; Musee Cagnes Sur Mer, France; the University of Florida, Gainesville, Florida., and the Neuberger Museum of Art in Purchase, New York. Her work has been included in shows at the Aaron Berman Gallery, New York; Smithsonian Museum of American Art, Washington, DC; Brunnier Museum, Ames, Iowa; Ritter Art Gallery at Florida Atlantic University; and Gran Palais, Paris, France. Neijna’s installations, sculpture, drawing and photography are represented in major collections throughout the United States and Europe among them, the Boca Raton Museum of Art, Fort Lauderdale Museum of Art, Miami Art Museum, Columbus Ohio Museum of Art, Smithsonian Museum of American Art, Brunnier Art Museum, Lowe Art Museum, Syracuse University Museum of Art and the Martin Z. Margulies Museum. Neijna is the recipient of numerous awards, most recently she received the prestigious International Award from the Art and Works Awards in conjunction with the World Architecture Festival for the best site-specific art in the working environment in the past three years. Additionally, Neijna has won the National Endowment for the Arts Award, the South Florida Cultural Consortium Fellowship, and the Tiffany Foundation Fellowship. Neijna has been written about extensively, particularly in Donald Kuspit’s many essays on Neijna's work, including, “Neijna, A Concept of the Environment." Her work is included in major art books and art publications by Virginia Mecklenberg, Peter Plagens, Richard Vine, Helen Kohen and Beth Dunlop. 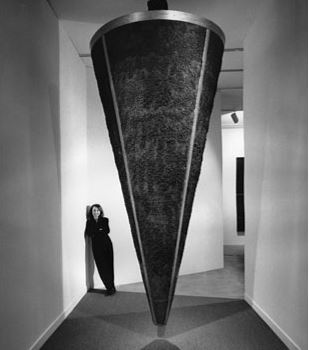